At your next summer gathering, party like it’s 1399 with these five (really) old-school games. These backyard games will have you channeling ancient Olympians in an attempt to “Be Like Mikkos.”

GARDEN QUOITS: A Form of Recreation

Quoits (koits, kwoits, kwaits) is a traditional game which involves the throwing of metal, rope or rubber rings over a set distance, usually to land over or near a spike (sometimes called a hob, mott or pin). The sport of quoits encompasses several distinct variations.

The history of quoits is disputed. One theory often expressed is that the sport evolved as a formalized version of horseshoes, which is a sport that involves pitching a horseshoe at a spike in the ground.\

Garden Quoits game exists largely as a form of recreation, or as a game of skill found typically at fairgrounds and village fetes. Now this game is popular all over the World.

In a brief and singular moment of glory, 10 world-class strikers went wicket-for-wicket in a quest for the gold during the Paris-hosted 1900 summer Olympics.

Two, four or six players use a mallet to drive balls through a course of six or nine metal wickets. The first to complete the course and hit a center peg wins.

Bocce is an old-fashioned game of Throwing This at That.

Dating back to ancient Rome, or possibly to when humans evolved thumbs, the object of this game is simple: throw big, heavy balls (bocces) toward a single, small target ball (a pallino or jack). Bocce closest to pallino wins.

Also called lawn bowling, today’s version uses eight bocces and one pallino. The game is played between either two individuals or two teams of up to four people, proving Throwing This at That is as entertaining now as it was thousands of years ago.

LADDER GOLF: A New Kid on the Block

By comparison, ladder golf is in its infancy. Invented just 40 years ago, this is a game of many names: ladder toss, redneck golf, hillbilly horseshoes, bolo polo, flingy ball, monkey ball and a dozen more.

Invented in the era of mullets and bitchin’ Camaros, it’s thought this game burst onto the scene in the late 1980s or early 90s.

Players use two golf balls linked via a cord, and throw toward the receptacle: A glorified laundry drying rack. Where the balls catch and hang determines a player’s score.

Cornhole game was first played during the 14th century in Germany, then rediscovered in the hills of Kentucky. It even has its own national championships on ESPN. Pretty impressive!!

This game is a one of the very competitive game among summer perfect lawn games with a great throwing skill and technique. Players take turns throwing their corn bags at the cornhole game platform until a player reaches the score of 21 points. A corn bag in the hole scores 3 points, while a corn bag on the platform scores 1 point. Scoring can be swift and the lead may change hands several times in a match before the winner is decided. This is a great game to be setup in the backyard, beach,hallway, local park or on the neighborhood street. Cornhole game is also a fantastic game for all ages 3+.

Keep the good times rollin’! Sign up for emails and get advanced notice on sales, in-store deals, events and more. Plus, catch up on the latest blog posts! It is a game perfect for outdoor events and gatherings. It can be even played on special events like... read more 5 Popular Wooden Games 2018 - Recently Added to Our Store Whether you're entertaining at home or partying in the... read more In honour of moving into our warehouse 1 year ago, we are having a 4 day In store only... read more 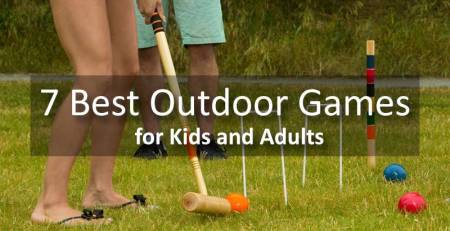 XMAS OFFER - Save Up To 35% on Lawn Games! XMAS OFFER: Are you waiting for Santa Claus to give... read more Giant Jenga with Ellen, See Who Came Out the Victor

If you’ve ever observed yourself in the late stages of an extreme game of Giant Jenga, you know the... read more Playing Cornhole – These 7 Tips will Help You!

Playing Cornhole - These 7 Tips will Help You! Clean the area of any trash that might damage your... read more Giant Outdoor Lawn Games Hire - Perfect Pack for Every Event They’re the classic games of our childhood which have... read more For pre-book your games, please call us on 0421 442 338 or email jenjogames@gmail.com . For more information about... read more